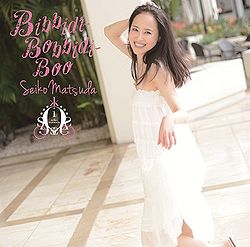 Bibbidi-Bobbidi-Boo is the 49th studio album recorded by Matsuda Seiko. It was released in three editions: Limited Type A the CD+DVD combo, limited Type B comes with a photobook, and a regular edition CD. This record marks her 35th Anniversary in the music business. All ten of the songs were written, composed, and produced by Matsuda, also handling six of the arrangements. The album reached #6 on the weekly Oricon chart, and it continued to rank for a total of six weeks.