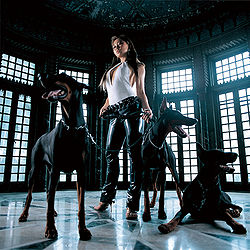 "COLOR OF SOUL" is the third single released by Koda Kumi. The title track was the chosen theme song for AX MUSIC FACTORY's "AX POWER PLAY #050". The single peaked on the Japanese Oricon charts at #29 selling 6,210 units in it's first week and the most recent figures show that it has sold a total of 12,780 units.

The music video for "COLOR OF SOUL" was directed by Morimoto Toru and Saito Yuki and was produced by Takizawa Tsuyoshi.

It features Kuu sitting at a table in front of a variety of different people from various nations. With some people she plays games, others read her future in cards and crystal balls.

There are four versions of "COLOR OF SOUL" to be currently found in Koda Kumi's discography. These different versions are: