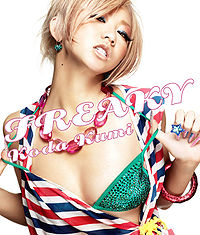 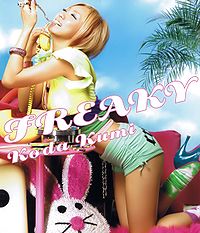 "FREAKY" is Koda Kumi's thirty-sixth single. The First Press versions featured remixes of the four songs on the single, while the standard CD versions featured the songs' four instrumental backing tracks. The CD+DVD version also featured a free poster, received if you purchase from a physical CD store from the counter. Despite the single having four different original tracks, much like Koda's 4 hot wave, "FREAKY" is not a quadruple A-side as only two songs have PVs (it acts more like a double A-side single) and it is described at Koda Kumi's official website as a spirited rock tune with an empowered arrangement. The tie-in for the title track, "FREAKY", was a CM for Honda's "ZEST SPORTS"; "Run For Your Life" was Kose's "VISEE" CM song; "Sora" was used in Toshiba's cellphone "Softbank fan fun 815T" model CM song and, finally, "girls" was SANKYO's "KODA KUMI FEVER LIVE IN HALL" CM song . The single reached #1 on Oricon charts (making it her fourth single to hit #1) and charted for 15 weeks. It sold 108,349 units in it's first week and the most recent figures show that it sold a total of 200,322 units. 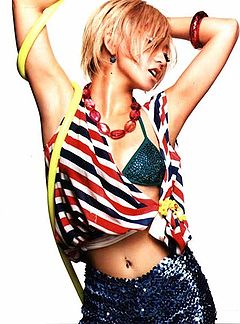