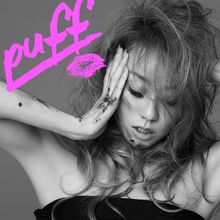 "puff" is a digital single released by Koda Kumi. On the same date an Acappella version was distributed for free from a special project website. It was later released as track #5 on Koda's mini-album angeL [MY NAME IS…]. 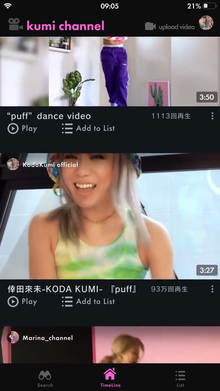 The music video for "puff" was directed by Ito Seiya and produced by Ishihara Hirohisa (CAREVE).

It was filmed in the style of a smartphone video and features Kuu and a couple of her female backup dancers doing aerobic-style workouts, intercut with a social media feed. A dance version was released alongside the regular PV, and focused on Kuu's dancing only.