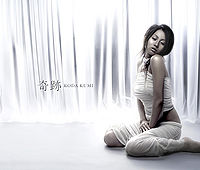 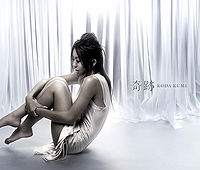 "Kiseki" is the thirteenth single released by Koda Kumi. The main track was the the theme song of "J-League" TV show. The single reached #7 on Oricon charts and charted for 10 weeks. It sold 28,509 units in it's first week and the most recent figures show that it sold a total of 60,033 units.

The music video for "Kiseki" was directed by Tadakoro Takashi of EXFLARE and produced by Takaba Kazuyuki and Shinozuka Masaki of G-gravity Inc.

It features Kuu, in fur and feathers, exploring a lush green bay area, reveling in the miraculous beauty of the nature surrounding her. Another version of Kuu, indoors and dressed in an evening gown, holding and then tearing apart a white-petaled flower as she laments a lost love.

There are four versions of "Kiseki" to be currently found in Koda Kumi's discography.