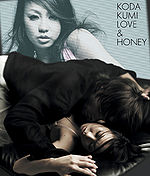 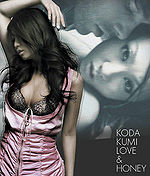 "LOVE & HONEY" is the eleventh single released by Koda Kumi. "Cutie Honey" was the theme song for the movie Cutie Honey. "LOVE & HONEY" is one of the few singles not named after its A-side track. On the CD only version of the single, the song "The Theme of Sister Jill" is different. It is longer and has new added lyrics by Koda Kumi herself. This version has been called "The Theme of Sister Jill ~Love & Honey Version~". The single reached #4 on Oricon charts and charted for 35 weeks. Because this single sold 142,626 units in 2004, it became the #62 single of that year. This single sold 34,681 units in it's first week and the most recent figures show that it sold a total of 150,634 units.