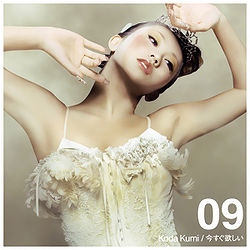 "Ima Sugu Hoshii" is the 27th single released by Koda Kumi, and the ninth in the "12 Days of Christmas" release promotion. It is a cover of the 1997 single by SUGAR SOUL. The cover art features a French theme. The single was limited to 50,000 copies. The song was banned in South Korea due to it's explicit sexual lyrics.

There are three versions of "Ima Sugu Hoshii" to be currently found in Koda Kumi's discography.