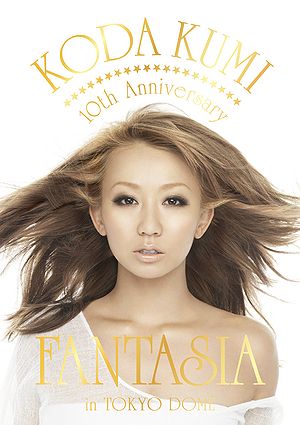 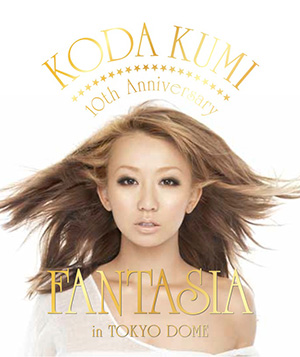 KODA KUMI 10th Anniversary ～FANTASIA～in TOKYO DOME is the 15th video released Koda Kumi, and her 12th concert video. It was a one-night show celebrating her tenth anniversary: it was held on the night of December 5, 2010, which is ten years from the eve of her debut single TAKE BACK. It was released in three formats: two disc DVD versions, a blu-ray disc, and in 2013 a CD release. It is Koda's third live album which was only available as a rental CD exclusive for fanclub members; an abridged version later became publicly available on digital platforms.