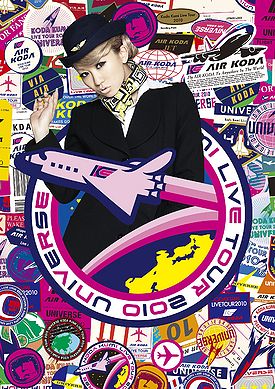 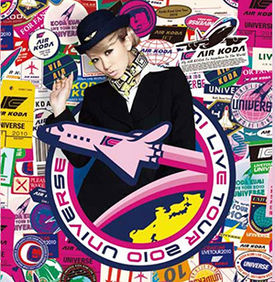 KODA KUMI LIVE TOUR 2010 UNIVERSE is the 13th video released by Koda Kumi, and her tenth concert video. It was released in three editions: it first was released in a DVD and Blu-ray disc formats, and was later in 2013 issued as a CD. It is Koda's fifth live album which was only available as a rental CD exclusive for fanclub members. The live tour coincided with the release of her Double EP contains both her eighth studio album and fifth best of collection BEST ~third universe~ & 8th AL "UNIVERSE". The concerts themselves had the theme of outer space and was described as KODA AIRLINE. This is a two-disc package, the first DVD is the tour finale while the second is the making of/behind the scenes footage. Both DVDs include audio commentary.