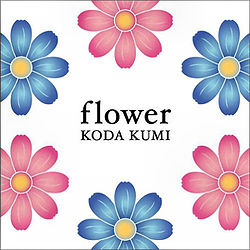 "flower" is the seventeenth single released by Koda Kumi. The main track was written as the theme song for the novel "Koibana" and also used in its CM. The lyrics were written by the author of "Koibana", Yoshi. This is the first time that an a-side doesn't have a promotional video. The single reached #4 on Oricon charts and charted for 10 weeks. It sold 36,859 units in its first week and the most recent figures show that it sold a total of 106,099 units.

There are four versions of "flower" to be currently found in Koda Kumi's discography.