Stay with Me (Koda Kumi) 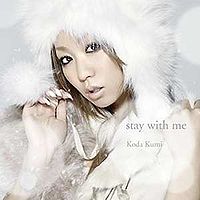 "stay with me" is the 42nd single released by Koda Kumi. Like "TABOO", the single was released in CD+DVD and CD-only editions, as well as, a Playroom edition for members of her fanclub which included a poster as well as a choice of a mirror or mouse-pad. "stay with me" is described as a winter ballad, while "Winter Bell" is more upbeat. The title track was used as the commercial song for "au Lismo" and Sony Ericsson's "Walkman Phone Xmini". The single topped the Oricon weekly charts, making it Koda's first time to consecutively top the charts, however the single faced lower sales than "TABOO". It charted for 7 weeks selling 39,860 units in it's first week and the most recent figures show that it sold a total of 65,657 units. The single is certified Gold by RIAJ for shipment of 100,000 copies.

There are three versions of "stay with me" to be currently found in Koda Kumi's discography. These different versions are: 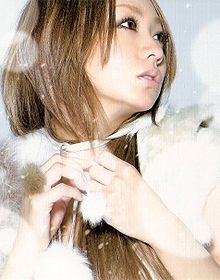 Stay With Me was certified Platinum for selling over 250,000 full song downloads and Double Platinum for over 500,000 ringtones.