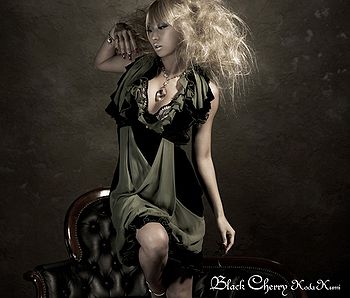 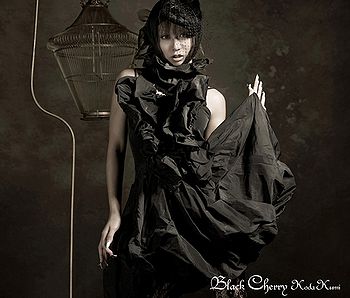 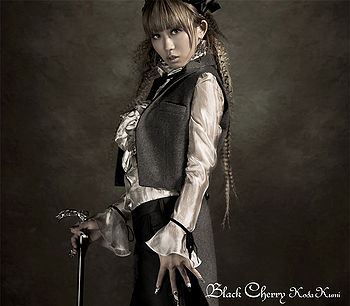 Black Cherry is the fifth studio record released by Koda Kumi. Much like her recent compilation records, this album comes in three editions: a CD, a CD+DVD, and a CD+2DVD version. The first DVD includes all of Koda's recent music videos (all except for "Futari de...", which was not featured on the album), whereas the second features a DVD only dorama called Cherry Girl, featuring Koda Kumi in her first acting role as a main character. This dorama was produced by the team who created Busu no Hitomi ni Koishiteru (the dorama for which "Koi no Tsubomi" was the theme song for). On top of all this, the first press versions of these albums will feature three bonus tracks, an access code to a special Koda Kumi website, the chance to win original Koda Kumi "Black Cherry" goods (only if purchased alongside the "Cherry Girl / Unmei" single) and a bonus making feature on the music video DVD.

The majority of the songs on the album were previously released as singles, and contains seven new tracks and an album introduction (which is the beginning of "Black Cherry" the bonus track on her sixth studio album Kingdom (Koda Kumi). All the songs on the record had various tie-ins. "Milk Tea" is the first song composed by Koda. "Get Up & Move!!" was used as the Suzuki Chevrolet commercial song; it later received a music video and was used to promote Best ~Bounce & Lovers~. "Tsuki to Taiyou (Koda Kumi)" was used for the jewelery store GemCerey commercial song. "Puppy" was used as KOSE's Rush Escalation Viseé line commercial song. "Candle Light" was used as Morinaga's Weider protein bar CM theme, and "GO WAY!!" was used as the ending theme song for the Crayon Shin-chan film. "WON'T BE LONG ~Black Cherry Version~" was previously released as a duet with EXILE and is a Da Bubble Gum Brothers cover.

The record was incredibly successful for Koda Kumi. The album came after she released her two chart topping best-of records BEST ~first things~ and BEST ~second session~ (which was a collection of a 12 week single promotion; all of which were top ten and two went to #1). Black Cherry debuted at #1 on the Oricon chart (daily, weekly, & monthly), and stayed there for three weeks (technically four weeks, but it was during the Christmas holiday). This is Koda's best selling studio record, and it was the best selling album of 2007 for three months until Mr.Children's HOME was released. 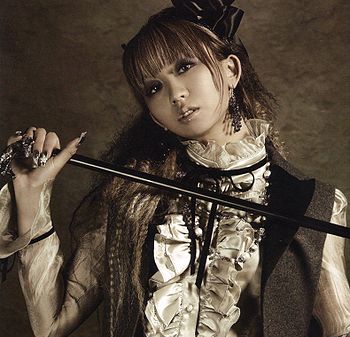 The album reached #1 on the weekly Oricon chart, and continued to rank for a total of sixty weeks. It became the #2 album of 2007, selling a total of 1,031,408 copies. This is the first album to peak at #1 for four weeks in a row since 2000's Duty by Hamasaki Ayumi. Black Cherry is the #266 best selling album in Japanese music history. [1]