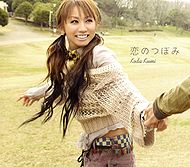 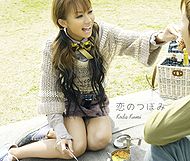 "Koi no Tsubomi" is Koda Kumi's thirty-first single. The main track was used as the theme song to the Fuji TV dorama "Buzu no Hitomi ni Koishiteru" (which first aired on April the 11th and featured Inagaki Goro from SMAP) as well as the image song to the Japan release of the movie "Cars". This single is Koda's first release since after the 12 singles spree, and was released in CD+DVD and CD only versions. The single reached #2 on Oricon charts and charted for 21 weeks. It sold 140,269 units in it's first week and the most recent figures show that it sold a total of 273,060 units. "Koi no Tsubomi" was the #28 best-selling single of 2006, two below Koda's later single Yume no Uta / Futari de....

There are four versions of "Koi no Tsubomi" to be currently found in Koda Kumi's discography. These different versions are: