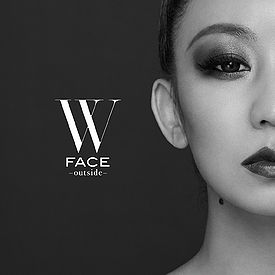 W FACE ~outside~ is the is the second part of her 13th studio album released by Koda Kumi, and it was released simultaneously with the first part of the album titled W FACE ~inside~. The record was released in three editions: a CD+DVD edition, a CD+Blu-ray edition, and a CD edition.

The album reached #1 on the weekly Oricon chart, selling 11,830 copies on its first day of release. W FACE ~outside~ continued to rank on the chart for a total of ten weeks.