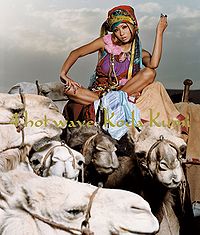 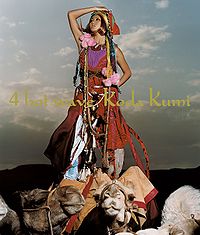 "4 hot wave" is Koda Kumi's thirty-second single, and was released in both CD+DVD and CD only versions. It is titled '4 hot wave' because it features four A-side tracks that will have four PVs to go with them. Ningyo-hime was described as being an "explosion-like rock number", while With your smile has been described as an 'agressive dance tune'. As well as this, I'll be there has been described as a 'mid-tempo Summer tune', while JUICY was described as a 'US-style R&B number'. "With your smile" was used as the theme song for the Nihon Terebi which aired during the 2006; "I'll be there" was chosen to be the theme song for 2006 "SEA BREEZE" CM; "JUICY" was used as the [http://www.gemcerey.jp/ "Gem Cerey" CM song and "Ningyo-hime" was chosen to be "Vodafone 705T" CM song. The first press of the CD+DVD version includes an off-shot photo collection, and an access password to a special website featuring many pictures of Koda Kumi. Although this single was beaten in the weekly charts by KinKi Kids' Natsumoyou, "4 hot wave" surpassed them on all the other charts (daily, monthly, and yearly) selling 80,000+ copies in the long run. The single reached #2 on Oricon charts and charted for 17 weeks. It sold 207,484 units in it's first week and the most recent figures show that it sold a total of 390,685 units. "4 hot wave" was the #14 single of 2006 on the Oricon charts and the second highest by a female artist for 2006. Kaoru Amane's Taiyou no Uta outsold it by 90,000 copies.

"Ningyo-hime" was certified gold for over 100,000 full-length song downloads on cellphones. 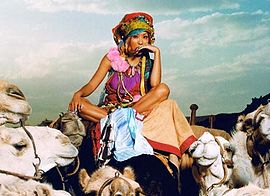