"LAST ANGEL" is the 38th single released by Koda Kumi. The title track is a collaboration with the Korean boyband Tohoshinki. The group also released their own version of the song in their album T. The title track was used as the image song to the Japanese release of the movie, Resident Evil: Extinction (known as Biohazard in Japan). The song was also used as "music.jp" commercial song. The single reached #3 on the Oricon weekly charts and charted for 12 weeks. It sold 57,310 units in it's first week and the most recent figures show that it sold a total of 91,620 units. 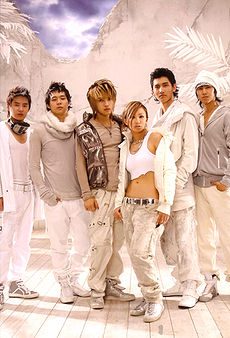