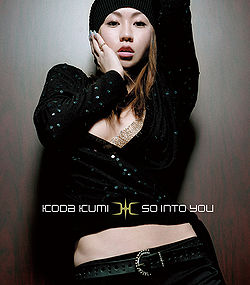 "So Into You" is the fourth single released by Koda Kumi. The title track was used as the "Rank Oukoku" opening theme, as the "JAPAN COUNT DOWN" opening theme, as well as "TOKYO CLUB GANG" ending theme. The single reached #50 on the Oricon charts and charted for two weeks. This single sold 3,910 units in it's first week and the most recent figures show that it has sold a total of 5,800 units.

The music video for "So Into You" was directed by Tadokoro Takashi and produced by Shinozuka Masaki.

There are four versions of "So Into You" to be currently found in Koda Kumi's discography.