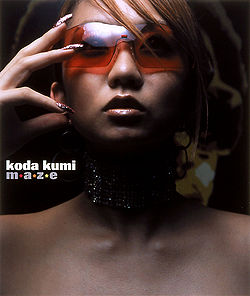 "m·a·z·e" is the sixth single released by Koda Kumi. The title track was used as the theme to the dorama titled "Psycho Doctor". The remix of m・a・z・e was remixed by L12 (VERBAL & Imai Daisuke). The single reached #25 on the Oricon charts and charted for 5 weeks. This single sold 7,713 units in it's first week and the most recent figures show that it has sold a total of 12,816 units.

There are two versions of "m·a·z·e" to be currently found in Koda Kumi's discography.