Love Across the Ocean 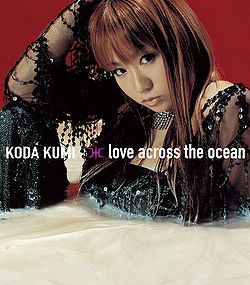 "love across the ocean" is the fifth single released by Koda Kumi. The title track was used as the Kanebo "Rouge" CM song. The single reached #19 on the Oricon charts and charted for 4 weeks. This single sold 10,070 units in it's first week and the most recent figures show that it has sold a total of 22,100 units.

There are two versions of "love across the ocean" to be currently found in Koda Kumi's discography. These different versions are: