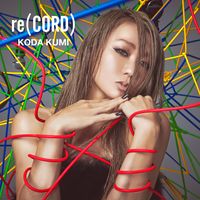 There are five versions of "k," to be currently found in Koda Kumi's discography.

The music video for "k," was dropped on the avex official YouTube channel one week prior to the release of re(CORD).

The dance version, released on the album, omits all the scenes of Kuu with the balloon hair and focuses on the two contrasting-colored set pieces instead.