Break It / Get Myself Back

"Break It / Get Myself Back" is the 34th single released by Amuro Namie, and produced by Nao'ymt. It was released in two versions: a CD+DVD edition and a CD-only edition, both with two different covers for each A-side. This is Amuro's third full single to be produced by Nao'ymt, with the last being 2007's "Baby Don't Cry". It is also her The song "Break It" was used as the "Coca-Cola Zero" commercial campaign, while "Get Myself Back" was used as the commercial theme for Recochoku.

This is the first of five singles to be released leading up to Amuro's ninth studio record Uncontrolled in 2012. It featured a new rework titled "Break It (AL ver)", and has a heavier rock sound, where as the original has a stronger dance vibe. This is her seventh Double A-side single and second in a row, with the last being "WILD / Dr." in 2009. Her next single would't be fore another year until the release of her third triple A-side: "NAKED / Fight Together / Tempest". During this year beak Amuro spent the time touring around Japan on both the PAST<FUTURE tour 2010 and LIVE STYLE 2011 tours.

The single is certified Gold by Recording Industry Association of Japan for shipping over 100,000 copies. "Get Myself Back" was used heavier in promotion for the single reached #2 on Billboard Japan's Hot 100, while "Break It"peaked at #16. They also ranked at #5 and #15 (in the same order) on the RIAJ Digital Track Chart. "Get Myself Back" was also certified Gold for cellphone downloads. 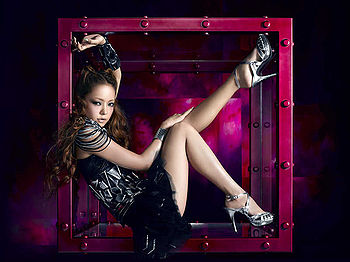 The single reached #3 on the weekly Oricon chart, and continued to rank for a total of twelve weeks. Because it sold 85,219 copies "Break It / Get Myself Back" became the #80 single of 2010.