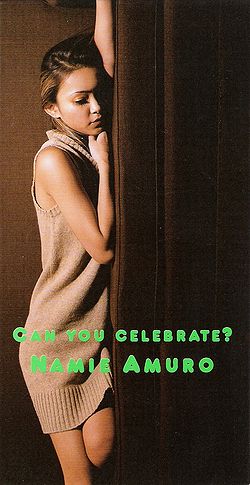 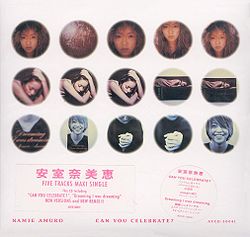 "CAN YOU CELEBRATE?" is is the seventh single released by Amuro Namie, and her third vinyl release. The song is a gospel-influenced ballad and it was released around Valentine's Day 1997. It was used as the theme for the dorama Virgin Road and the Maxell MD commerical song. The song became one of Amuro's biggest hits, earning her an invite to both 1997 & 1998's end of the year program Kohaku Uta Gassen. It also won her several awards that year, such as the Best Single Award at the 39th Japan Record Awards.

The single was re-released in December 1997 as a maxi single to commemorate Amuro's marriage to TRF member SAM. It was re-released in a standard 12cm CD format, and came housed in a hard paper slipcase. The cover artwork for the re-release contains photos from her second studio album Concentration 20 as well as from the original "Can You Celebrate?" and her "Dreaming I was dreaming" singles (of which remixes of the song were included on the CD).