Finally is the sixth and final compilation album released by Amuro Namie. It was released in three versions: a 3CD+DVD edition, a 3CD+Blu-ray edition, and a 3CD edition, each with a slipcase. In September 2017, Amuro issued a press release stating that she would be retiring from the music industry on September 16th, 2018, and announced the release of Finally as her final album. The compilation is a 25-year career retrospective, starting with her first recordings with the SUPER MONKEYS. 39 songs within her single discography from "Mister U.S.A." to "TSUKI" are new recordings and mixes; the singles from "Red Carpet" to "Just You and I" are included in their original mixes. The album comes with six new songs, all with tie-ups: the song "Showtime" was used as theme song for the TBS drama Princess Princess; "Hope" was used as the 20th opening theme for the anime ONE PIECE; "Do It For Love" was used as the CM song for the streaming service Hulu; "Finally" was used as theme song for the Japanese TV show NEWS ZERO; "How do you feel now?" was used as theme song for the NTT docomo 25th Anniversary CM; and "In Two" was used as a CM song for Kose Visee's "IamI" campaign. The new recording of "Body Feels Exit" was later released as her final digital single and was used as the theme song to the NTV drama "Miss Devil". On June 16th, 2019, the album was digitally released worldwide for download through major services, and streaming via Apple Music.

As of December 2017, Finally has been certified for 2 Million by the Recording Industry Association of Japan. It was the #1 best selling musical release of 2017 and 2018. 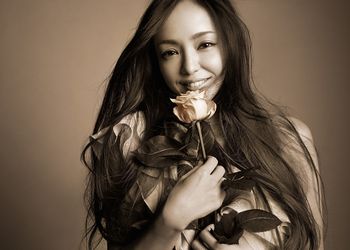