"Go Round / YEAH-OH" is the 37th single recorded by Amuro Namie. It was released in two versions: a CD+DVD edition and a CD edition. The single was the lead-in release to Amuro's ninth studio album Uncontrolled. "Go Round" was used as the Kose's ESPRIQUE PRECIOUS commercial song.

The single has been certified Gold by the Recording Industry Association of Japan for shipment of 100,000 copies. 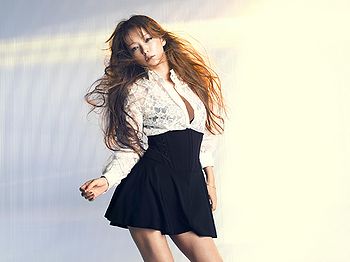 The single reached #4 on the weekly Oricon chart, and continued to rank for a total of nine weeks.