How to Be a Girl 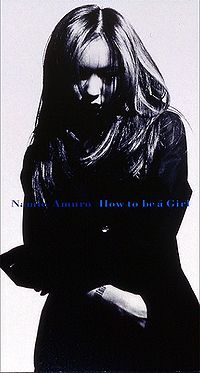 "How to be a Girl" is the eight single released by Amuro Namie. It was used as the Bristol-Myers Sea Breeze commerical song, which was used for four commercials. The style of the song is similar to that of her single "a walk in the park", which has more electronic sound, in the vein of her producer Komuro Tetsuya's group globe. Lyrics were even written by MARC, whom is another member of the group. This was the lead-in single to her second studio album Concentration 20, which was released two months later.