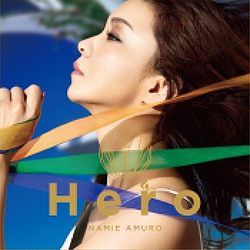 "Hero" is the 43rd single released by Amuro Namie. It was first released digitally in June, and received two physical releases in July: a limited CD+DVD and a regular CD edition; the first pressing of the single came with a limited gold stamping specification and a B2 sized poster. In August 2016 during Amuro's LIVE STYLE 2016-2017 tour, they started selling vinyl edition of this single, along with "Mint". "Hero" was used as the opening theme to NHK's broadcast of the 2016 Summer Olympics. It was originally slated as the B-side to Amuro's previous single "Mint".

The single has been very successful, primarily via digital download. "Hero" reached #1 on the Rekochoku chart (for four weeks in a row), iTunes Store, music.jp, dwango, dmusic, Oricon Music Store, Amazon, mu-mo, my sound, and MUSICO.[1] "Hero" was certified Double Platinum by the Recording Industry Association of Japan for selling 500,000 downloads, while the physical single was certified Gold for shipping 100,000 copies to stores. 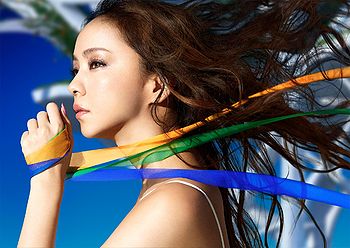