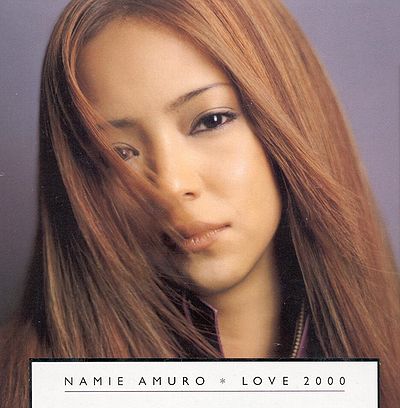 "LOVE 2000" is the 14th single released by Amuro Namie. It was used as the KOSÉ Cosmetics' VISÉE commerical song. This is her lead-in single to her third record GENIUS 2000, which was released a few weeks later. It was released in both a CD (her first official single released soley in a 12cm disc) and vinyl format. The single was produced by Komuro Tetsuya, and features from American recording artist Sheila E. and her business partner Lynn Mabry. The b-side "ASKING WHY" is Amuro's first song to see self-written lyrics, which are credited to the pen name NICO.

This single reached #4 on the weekly Oricon chart and continued to rank for a total of nine weeks, selling 228,120 copies. At the time, this was Amuro lowest charting solo single, and her first single to not make the end of the year chart.