"WILD / Dr." is the 33rd single released by Amuro Namie. "WILD" was used as the theme for the Coca-Cola Zero commerical. "Dr." was used as the theme for the Bourgeois Gorgeous Vidal Sassoon commercial campaign. It came a year after her last single "60s 70s 80s", and eight months after the release of her best-seller BEST FICTION. After the success of the collection Amuro began recording new material during her BEST FICTION TOUR 2008-2009. This is the sole lead-in single to her eighth studio record PAST<FUTURE. Amuro felt that the release of this new record was a fresh start for her career.[1]

Much like "CAN'T SLEEP, CAN'T EAT, I'M SICK / Ningyo" the singles production was split between Nao'ymt ("Dr.") and T-KURA & MICHICO ("WILD") for GIANT SWING PRODUCTIONS. Similar to "WHAT A FEELING" from her previous single, this release contains a strong electronic sound. This would continue on PAST<FUTURE record, along with her flagship Urban-pop style. With the release of her 2013 FEEL Amuro moved to a complete electronic sound, incorporating elements of House music.

Both the physical CD and digital version of the single were certified Gold by Recording Industry Association of Japan for over 100,000 units shipped. "WILD" also managed to reach #1[2] on Billboard Japan's Hot 100 chart, while "Dr." reached #64[3]. The single was well received by criticts who have noted the tracks as standouts on PAST<FUTURE even describing the as "delicious".[4] 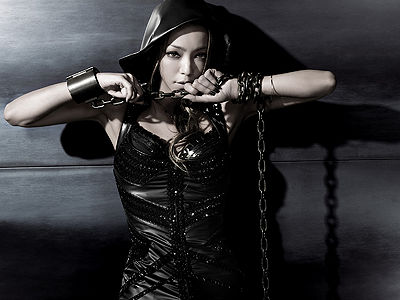 The reached #1 on the weekly Oricon chart, and continued to rank for a total of 17 weeks. This is her second #1 in a row (although "60s 70s 80s" peaked during its second week) and it's her eleventh overall, breaking the record for the most singles debut within the Top 10 on the Oricon chart for the past 14 years.