"GIRL TALK / the SPEED STAR" is the 26th single released by Amuro Namie, and her third double A-side single. This is Amuro's first single to be released in both a CD+DVD and a CD edition. The music video for the "the SPEED STAR" is exclusively found on this DVD. Both "GIRL TALK" (produced by T-KURA and MICHICO) and "the SPEED STAR" (produced by AKIRA and MONK) were used for LUCIDO-L commerical songs. The single was highly successful and earned Amuro and invite to perform at the end of the year event Kouhaku Uta Gassen, but she declined. This ended her nine year streak of performing at the event.

It has been noted by critics as a career highlight[1], describing the songs as fresh and stylish. The single was certified Gold by the Recording Industry Association of Japan[2], while "Girl Talk" was certified Gold for selling 100,000 downloads[3]. 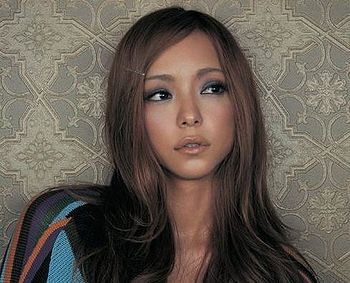 This single reached #2 on the weekly Oricon chart, and it peaked at #1 for a daily chart[4]. The single continued to rank for a total of fifteen weeks. It sold 106,804 copies, becoming the #97 single of 2004. This is her highest charting single since 2002's "Wishing on the Same Star" which also reached #2; making it her first top three appearance in two years.