Think of Me / No More Tears 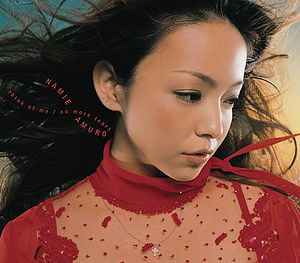 "think of me / no more tears" is the 17th single released by Amuro Namie, and her first double A-side single. "think of me" is a pop ballad that was used as the Meiji Confectionary Fran commerical song while "no more tears" is a R&B-influenced pop song that was used as KOSÉ Cosmetics Luminous commercial song and recieved a vinyl single released on the same day. Amuro was featured in both company's commercials.

The single reached #7 on the weekly Oricon chart and continued to rank for five weeks, selling 112,670 copies.