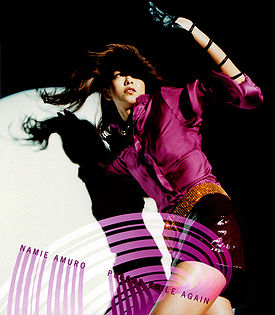 "PLEASE SMILE AGAIN" is the 16th single released by Amuro Namie. It was used as the Meiji Confectionary Fran commerical song. The B-side "CROSS OVER" was used as the Tu-Ka Phone commerical song. This is her lead-in single to her fourth studio album Break the Rules, which features an album mix for both songs. The single was originally announced to be "Think of Me / No More Tears", which ended up being pushed back to January 2001. This is one of her last releases working with Komuro Tetsuya.

This single reached #2 on the weekly Oricon chart and continued to rank for seven weeks, selling 216,960 copies. It was certified gold by RIAJ for over 200,000 copies shipped[1].