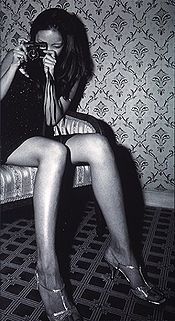 "SWEET 19 BLUES" is the fifth single released by Amuro Namie. It was solely released in an 8cm CD format, and was a cut from her debut solo album SWEET 19 BLUES, which was released a month prior. The song was used as Nissan S-RV commerical song and as the ending theme for the film That's Cunning! Shijou Saidai no Sakusen?, starring Amuro. The B-side "Joy" was used as Maxell's UD2's commercial theme, and it was later released by m.c.A・T (the song's co-writer) on his "Thunder Party" single.

The cover art is from the same photo shoot as the SWEET 19 BLUES album, which was shot by Hirama Itaru and with art direction by Tycoon Graphics. The song went onto be a big influence for artists in Japan, such as Kato Miliyah who in 2008 released the "SWEET 19 BLUES" sampled "19 Memories". The song was also re-recorded for Amuro's Ballada collection, where Amuro worked with vocal coach Emyli (who was a large contributor to FEEL).

This single reached #2 on the weekly Oricon chart, and continued to rank for a total of thirteen weeks. It sold 452,890 copies, becoming the #64 single of 1996. It was certified Platinum by the Recording Industry Association of Japan for over 400,000 units shipped.