_genic is the eleventh and final studio album by Amuro Namie. It is Amuro's second album with a majority English-song track list. The album was released in three versions: a CD+Blu-ray edition, a CD+DVD edition and a CD edition. There were no singles nor tie-ins leading to the album's release; "BRIGHTER DAY" was originally the lead-in single, but failed to make the cut for unknown reasons. "Golden Touch" was later released as a re-cut DVD single commemorating 10 million views of its PV on YouTube, exclusive to Amuro's LIVEGENIC 2015-2016 tour. The song "What I Did for Love" is a cover of David Guetta's February 2015 single, which originally featured British vocalist Emeli Sandé.

The album is certified Platinum by Recording Industry Association of Japan for shipments over 250,000 copies.

Each edition of _genic features a metallic silver slip cover with a cut out, revealing part of Amuro's portrait found underneath. It was designed by Hirota Jun, featuring Suzuki Toshiyuki as the art director, and TISCH as the photographer. 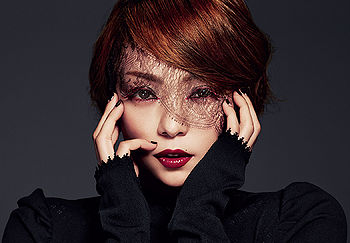