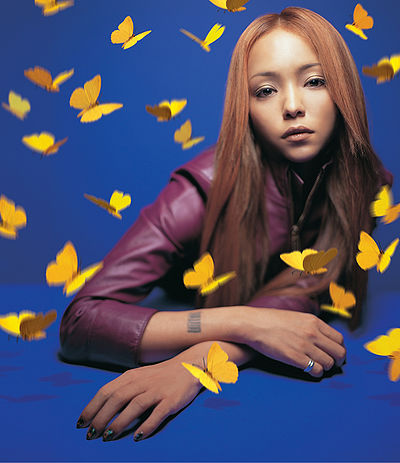 GENIUS 2000 is the third studio album by Amuro Namie. This is her first studio record since 1997's Concentration 20, after taking a year-long hiatus from the recording industry to give birth to her son. After working on her previous album, which was noted more of a vision of Komuro Tetsuya and not Amuro herself, she wanted to record music that she felt connected to. With this record, she enlisted American R&B producer Dallas Austin, starting with the hip-hop influenced "SOMETHING 'BOUT THE KISS". The album also introduced an edgier image of Amuro, who was one of the first female Japanese singers to display tattoos at the time. The song "LOVE 2000" was released two weeks earlier as the album's lead-in single, which was co-written by Sheila E., who also worked on "GIVE IT A TRY". The song "ASKING WHY" is Amuro's first song to contain self-penned lyrics, but were credited to the pseudonym NICO. The record was co-produced by Austin and Komuro. The two later co-produced her fourth album break the rules, which was released at the end of the year.