"CAN'T SLEEP, CAN'T EAT, I'M SICK / Ningyo" is the 29th single released by Amuro Namie, and her fifth double A-side. It was released in two versions; a CD+DVD version as well as a CD Only version. "CAN'T SLEEP, CAN'T EAT, I'M SICK" was used as both the "Iromelo" commercial song, while both songs were used as the mu-mo commercial songs. "Ningyo" is a cover of the 90's hit song by NOKKO, which was used as the theme to the dorama Toki wo Kakeru Shoujo that Amuro was featured in. It is the first song in her avex discography to have a kanji title (since departing from the SUPER MONKEYS).

The single was produced by her two most frequent collaborators at the time: Nao'ymt ("Ningyo") and T-KURA & MICHICO for GIANT SWING PRODUCTIONS ("CAN'T EAT, CAN'T SLEEP, I'M SICK"). It has been certified Gold for over 100,000 units shipped by the Recording Industry Association of Japan.[1] 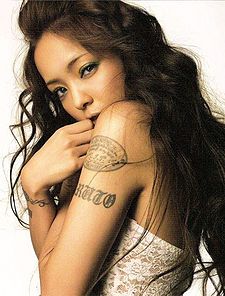 The single reached #2 on the weekly Oricon chart, and continued to rank for a total of ten weeks. This is her highest charting PLAY-era single. Because it sold 79,525 copies in 2006, it became the #125 single of the year.