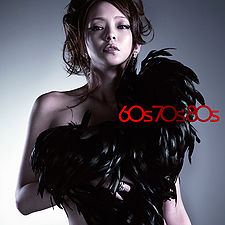 "WHAT A FEELING" is an 1980's styled dance-pop song released by Amuro Namie. The song represents the 1980's on Amuro's decade themed single "60s 70s 80s". It features samples from Irene Cara's song "What a Feeling", which was the theme for the 1983 film Flashdance. The song was used for Vidal Sassoon's latest CM campaign.

The song contains electronic elements rarely seen in Amuro works. For the song she collaborated with Shinichi Osawa, formerly known as MONDO GROSSO. She also worked with one of her regular composers, MICHICO, who helped add an urban twist to the song. Amuro first performed the song on January 17, 2008 in front of a selected audience of 150 people. The song reached #19 on Billboard Japan's Hot 100 Airplay. 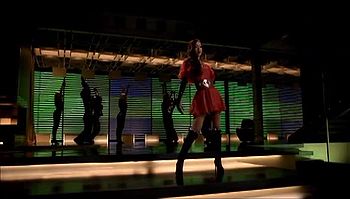 The music video was directed by Nakamura Takeshi and choreographer by Tetsuharu. The video starts off with a title screen written in bright green, old computer font. It introduces the video as a collaboration film, in 80's Style.

The video then shows Amuro dancing in singing. Her first outfit is a leather jacket (much like a Member's Only jacket), a fluorescent animal print top, a metallic skirt, and her traditional knee-high boots, with her hair crimped. It then shows robotic people, who seem to be overheating from Amuro's dancing. The second scene shows Amuro and her gang of dancers walking up a dark alley. When they are right across from the other gang, they start to dance. During this scene, Amuro is wearing metallic sliver top and boots with a mini-skirt. Her hair in this scene is straight and tied up in ponytail on the top of her head, with it often falling in front of her face. In scene three, Amuro is dancing together with the robots from the beginning of the video. This time her hair is wavy, and she is wearing a red dress with long, flared sleeves and hem along with a black corset: much like a more stylish version of an old Moritaka Chisato costume. Amuro and the dancers (who are now the robots) continue to dance in front of the flashing neon lights until the end of the video. 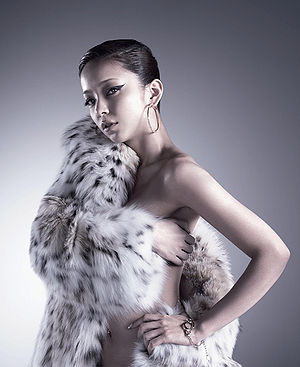 There are currently three versions of "WHAT A FEELING" to be found in Amuro Namie's discography. They are the following: