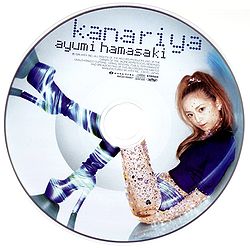 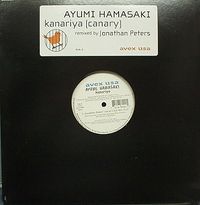 kanariya is Hamasaki Ayumi's 12th single. kanariya was used as the opening theme for CDTV during December. It's the first re-cut single from Hamasaki's LOVEppears album, and was limited to 300,000 copies. The song was originally a hidden track on LOVEppears. This single reached #3 on the Oricon charts and charted for six weeks. It sold 289,200 copies, becoming the #92 single of 2000. It is the first re-cut single in the history of the Oricon to reach the #1 position. 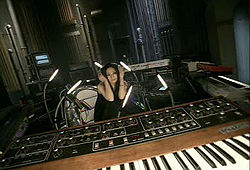 The music video for kanariya was directed by Takeishi Wataru. Hamasaki appears to be one of several subjects in a music listening experiment. The dark "laboratory" features musical instruments, tv monitors, listening equipment, and a mysterious dark bird. All the subjects are tattooed with dark makeup over one eye and a code number on their hands.