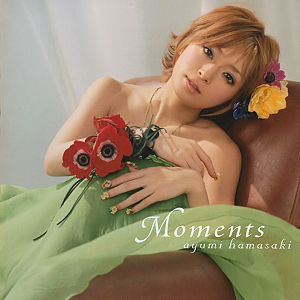 The music video for "Moments" was directed by Inoue Tatsuo.

It shows Hamasaki waking up at night. She opens a door where several kids are playing around in a flowery room, until the scene changes dramatically and everything is darker. Finally she ends up walking away while looking at the camera.

Throghout this, there are cut-ins of her singing on a leather chair in a living room.