I Am... (Hamasaki Ayumi album) 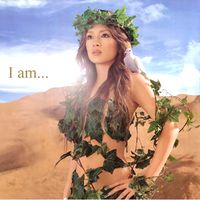 I am... the fourth album released by Hamasaki Ayumi. The first-press edition of the album comes with an extra large-sized obi with an exclusive photo on it. Those who pre-ordered from CDJapan recieved a gray A-logo button. This album came at the heels of the September 11th tragedy. Just before September 11th, Hamasaki had already come up with a concept for the album jacket and booked photography studio time to carry it out; however, in the wake of the event, Hamasaki decided that the originally planned concept was inappropriate. It was scrapped before any photos were taken. The cover ultimately depicted Ayu as a "goddess of peace", dressed in leaves, with a white dove on her shoulder. The booklet shows Hamasaki's "goddess" character walking calmly, climbing up a steep hill, collapsing, and finally setting the dove free over the course of a day.

The album's second track, an introduction called "opening Run", was released in an extended version on the "Daybreak" single. Track 3, "Connected", is a collaboration between Hamasaki and Trance artist Ferry "system F" Corsten, who had previously done remixes for Hamasaki. It is a fleshed-out version of a past song of his, "The Love I Lost." Track 12, "a song is born", is a new version of "a song is born", a duet recorded with KEIKO of globe for the VARIOUS ARTISTS FEATURING song+nation compilation, a charity effort by avex trax and producer Komuro Tetsuya. The version here is Hamasaki solo. "Flower garden" is this album's hidden track, placed after "Endless sorrow ~gone with the wind ver.~".

A limited PLAYBUTTON edition of the album was later released on March 21st, 2012. 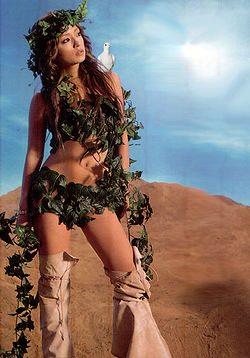