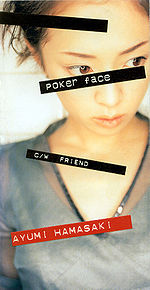 "poker face" is first solo single recorded by Hamasaki Ayumi, and her debut under avex trax. It was originally released as an 8cm CD, and later as a 12" vinyl record under Rhythm REPUBLIC. The song was used as the opening theme for music program CDTV for the month of March 1998. During the first day recording the song, Hamasaki's grandmother passed away and she has said thats why she's come to dislike the song. After hearing the initial recording, she unhappy with the lyrics and decided to re-write them. In 2001, all of her 8cm CD singles were reissue as a 12cm" CD containing additional remixes.

This single is often noted as Hamasaki's debut single, but prior to this she recorded the NOTHING FROM NOTHING EP and self-titled single under Nippon Columbia in 1995. It was released as AYUMI feating DOHZI-T and DJ BASS.

The single reached #20 on the weekly Oricon chart, and it countinued to rank for a total of six weeks, selling 43,140 copies. The 2001 reissue ranked at #31 on the weekly chart, and only ranked for two weeks. 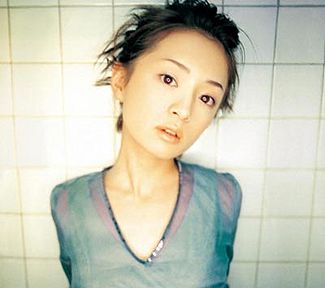 The music video for "poker face" was directed by Takeishi Wataru. The video focuses around Hamasaki standing in front for a large tree filled with television monitors that show her in various locations. It also shows her playing with animals. 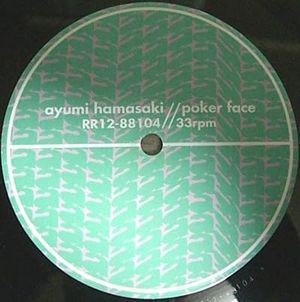 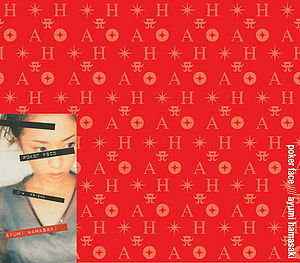