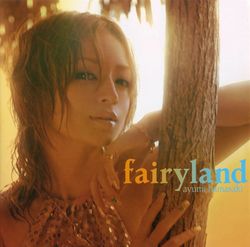 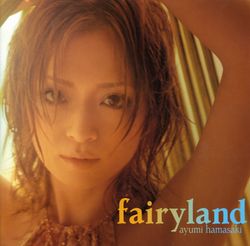 "fairyland" is Hamasaki Ayumi's 36th single, and the first to have more than 4 tracks since her 2003 single "No way to say". "fairyland" was used as the Camellia Diamond CM song, the opening theme song for the show Music Fighter for August 2005, image song for NTV's "Sports Urugus" and was the official song of the NISSAN X-TRAIL CUP. "alterna" was used in a Panasonic commercial for the FX8 version of their popular LUMIX camera. The "fairyland <photo gallery>" that appears on the CD+DVD version of the single is the first of its kind and is basically a ton of photos set to an instrumental acoustic version of fairyland, titled "fairyland (Tropical Mix)". This idea would also be put to use later in the CD+DVD version of Hamasaki's 37th single, "HEAVEN". This single reached #1 on the Oricon charts and charted for 13 weeks. It sold 316,663 copies, becoming the #25 single of 2005.

The music video for "fairyland" was directed by Takeishi Wataru. It was shot in Hawaii and it's one of the most expensive music videos of all time, with a budget of 240 million yen[1]

It depicts Hamasaki with her companions (dance team) on a lush tropical island, with some scenes showing a timber house with a deck. Eventually, a fallen oil lamp causes the entire structure to burn. Images from earlier sequences showing the group having fun are interspersed through the burning of the house. The video ends with the camera moving away from Hamasaki singing solemnly as she watches the house burn.