LOVE again is the fourteenth full-length studio album released by Hamasaki Ayumi. It is the fourth release of the special 5 consecutive months releases event to commemorate her 15th anniversary. It was released in six versions : two limited CD+DVD/Blu-ray+ayupan+PHOTO BOOK editions coming with a special ayupan figure and a 24-page photobook, two CD+DVD/Blu-ray editions, a CD Only edition and a limited PLAYBUTTON edition which was only sold through the TeamAyu shop and mu-mo.


The album includes all of the original songs included on her previous mini-albums LOVE and again, hence the title LOVE again, "You & Me" and 7 new songs. The DVD/Blu-ray also includes all the previously released PVs, as well as a video for "Melody" and exclusive making clips.

This is her 20th album to top the Oricon charts, achieving this mark after 14 years and 10 months since her debut, surpassing B’z who achieved this feat over 17 years and 10 months. LOVE again also made Ayumi the 3rd artist with over 20 number 1 albums in Japan, following B'z (20) and Yumi Matsutoya (21).

Hamasaki herself stated: “I used all my strength for this album. I wanted many people to listen to it, so I’m very happy that many people have supported it. Thank you very much,” she expressed. “Being able to set this record, this is all thanks to the fans who have supported me. Since this year marks my 15th year, I want to make this a year that I will be able to create wonderful memories with everyone.”

Ivy was choseen as theme song for the Fuji Tv drama "Kujo".

The album is certified Gold for shipment of 100,000 copies. 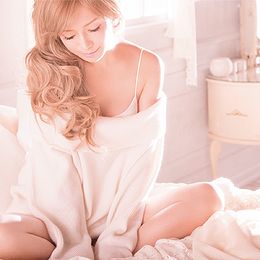