Nothing from Nothing (mini-album) 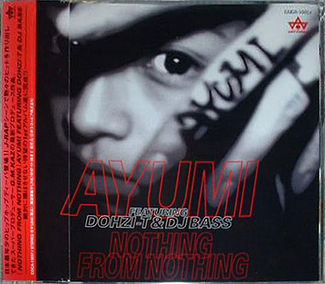 NOTHING FROM NOTHING is the first mini-album recorded by Hamasaki Ayumi, and released by AYUMI featuring DOHZI-T & DJ BASS. It is Hamasaki's only album released through Nippon Columbia. It was released a few months after the self-titled single. Much like the single the EP is made up of R&B influenced music and it is produced by DJ BASS, featuring raps by AYUMI and DOHZI-T.

During this time, Hamasaki was working primarily as an idol modeling and acting in small movies, doramas, commercials, and as a TV show co-host. The mini-album did not rank on the weekly Oricon chart.