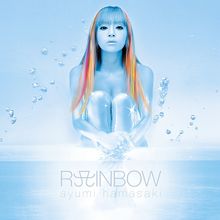 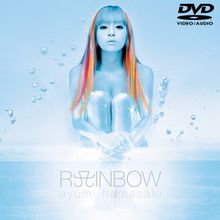 RAINBOW is Hamasaki Ayumi's fifth full-length album. The first pressing of this album came with a passcode to enter a special website that allowed the listening of a 45-second instrumental sample of the song "RAINBOW", which was not yet completed. Fans were asked to send keywords and thoughts on the clip, which Hamasaki used as inspiration for the song lyrics. The completed song was released on the A BALLADS compilation several months later. The song was also later released in 5.1 Surround on the DVD-Audio version of the RAINBOW album.

Up until this point, Hamasaki had only written lyrics in Japanese, which was highly unusual for a pop singer to do. This album marked the first time Hamasaki used English phrases in her lyrics.

"independent", originally on the "H" single, is presented here with an abrupt ending, the song having been interrupted for a whole new full song to play, before the original "independent" ending is resumed at the very end. The full "suite" is listed here as "independent+". The second song is referred to as "+" on subsequent releases.

A limited PLAYBUTTON edition of the album was later released on March 21st, 2012.

The song "HANABI" was certified Gold by RIAJ on January 2015 for selling over 100,000 legal downloads.