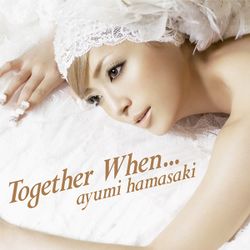 "Together When..." is the first digital single released by Hamasaki Ayumi and it's described as a sad winter ballad. The single was confirmed by Hamasaki herself in her 200th post in her fanclub (TeamAyu) site. The song was featured in GemCEREY commercials where Ayumi was the spokeswoman for the first time for the company and promoted in music.jp commercials. 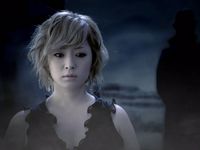 The music video for "Together When.." was directed by Ishii Takahide.

It shows Hamasaki sitting on a bench observing a puppet show, smiling in the distance. The marionette dolls resemble Hamasaki and another man. As marionette dolls, they both walk past each other in a dark atmosphere. Several children start to play with the dolls, to Hamasaki's delight. However, the children decide to purchase the male doll, and leaves the female doll (portrayed by Hamasaki) on the small puppet show's stage.

As the town, where Hamasaki is sitting on the bench, starts to rain, the atmosphere where Hamasaki is the doll starts to rain as well and the puppet show is left abandoned. A truck then drives past, which vibrates the puppet show's stage, causing the doll to fall on the ground and its strings become tangled. This happens to Hamasaki as the doll; she faints in the dark atmosphere land, with strings attached to her. Hamasaki, sitting on the bench, starts to cry. It ends with the taxi driver, who finishes day dreaming about the marionettes dolls, opening the door for Hamasaki to enter.