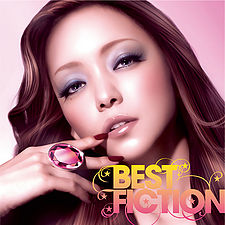 "Do Me More" is an urban-pop song recorded by Amuro Namie, and produced by Nao'ymt. The song is solely found as the opening track to Amuro's third best-of record BEST FICTION. It was used as the campaign commercial song for Vidal Sassoon. The song was released as a radio single for the album and received a music video along with its closing track "Sexy Girl".