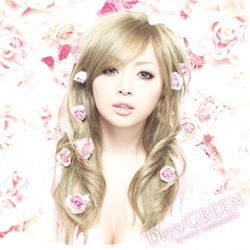 "Days" is a song recorded by Hamasaki Ayumi, first released as an A-side on her single "Days / GREEN". The song is described as a classic winter ballad with sad lyrics. It was used as the commercial song for NTT Communications' "MUSICO".

The PV for "Days" was directed by Ishii Takahide. The video shows Ayumi having a dream where she is going out with Shu-ya, only to wake up and find out that he has different girlfriend in real life.

There are six versions of "Days" to be found in Hamasaki Ayumi's discography. These are: