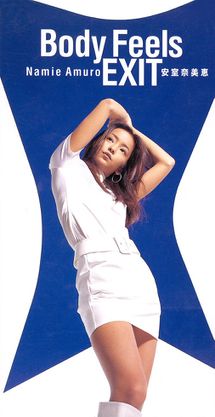 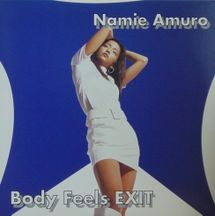 "Body Feels EXIT" is the debut solo single recorded by Amuro Namie. This is her first release since leaving former group the SUPER MONKEYS and their label Toshiba-EMI and signing with avex trax; SUPER MONKEYS' final two singles: "Taiyou no SEASON" and "Stop the music" were billed solely as Amuro Namie. The week prior to this release her old label released the compilation DANCE TRACKS VOL.1. "Body Feels EXIT" is Amuro's first time working with producer Komuro Tetsuya, who would go one to be her key collaborator until 2001. Much like her last releases with the SUPER MONKEYS the song is a Eurobeat styled dance song. The single was released in both an 8cm CD and vinyl record format. The song was used as the Taito X-55 commercial theme.

After the spilt of the SUPER MONKEYS, the rest of the group went on to form MAX and also signed a contract with avex. They debuted early in May 1995 with "Koisuru Velfarre Dance ~Saturday Night~", which debuted at #91 on the Oricon charts. They would continue to work together throughout the SWEET 19 BLUES recordings. Amuro first premièred "Body Feels EXIT" at the Avex Dance Matrix '95 TK DANCE CAMP along side MAX joining as her dancers. They continued to work together appearing in Amuro's television performances. MAX would then appear in Amuro's next single "Chase the Chance".

"Body Feels EXIT" was certified Platinum by the Recording Industry Association of Japan for over 400,000 copies being shipped.[1] "Body Feels EXIT" is often noted as having one of the most unfortunate Engrish song titles in J-Pop history. It has been covered by many artists such as Eurobeat artist Virginelle and Japanese pop singers ANZA, Tanaka Reina, e-Girls. The only other version of the song by Amuro is the "Latin House Mix" found on her debut solo record SWEET 19 BLUES. The "Original Mix" was later placed on the 181920 best-of album. 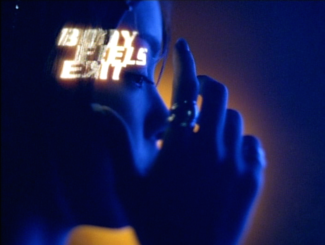 The music video for "Body Feels EXIT" was directed by Muto Masashi. The choreography for the song was created by kaba of Komuro Tetsuya produced group dos. 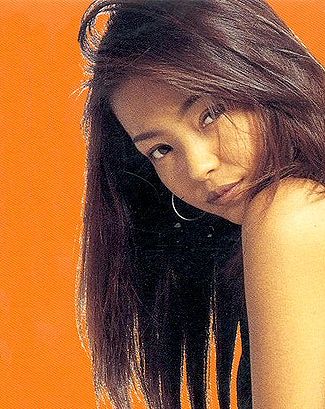