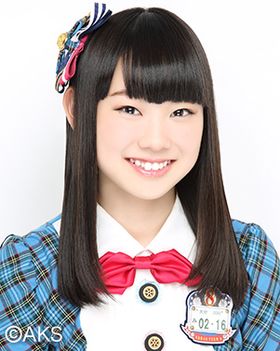 Yoshino Miyu (吉野未優) is a former Japanese pop singer and Idol. She was a member of AKB48 Team 8 who graduated on January 29, 2017.