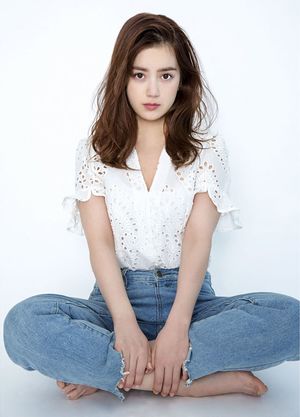 Oku Manami (奥真奈美) is a Japanese model and former idol singer currently under FLAVE ENTERTAINMENT. She graduated from AKB48's Team B on April 8th, 2011. She returned to the industry in 2018 after attending university.